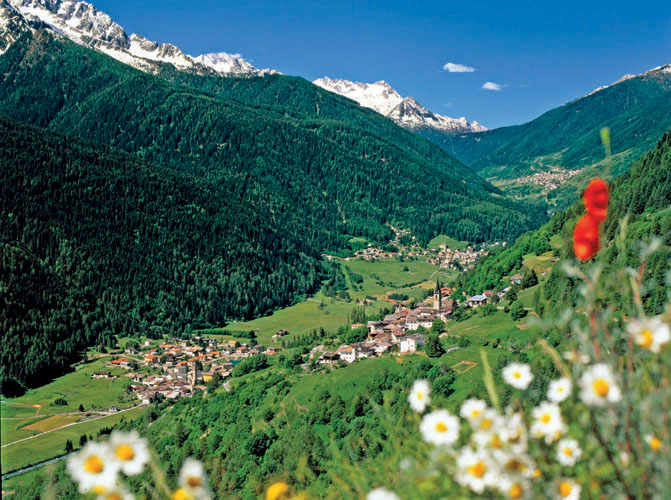 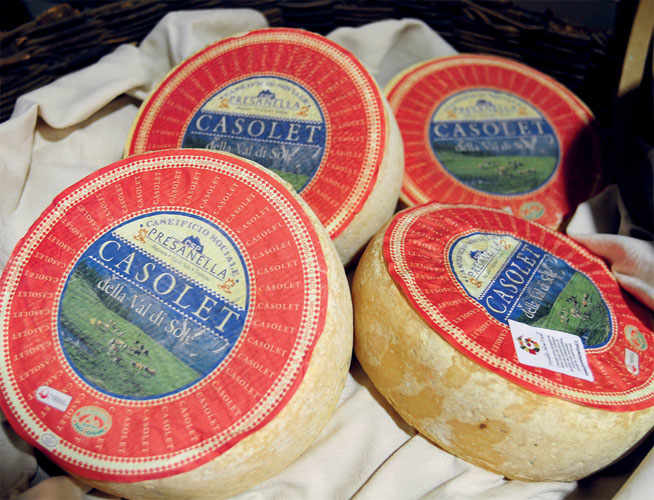 In the valleys of Trentino-Alto Adige of Northern Italy is a rare cheese made with the freshness of the Alps.

Link copied
Trentino-Alto Adige is a region in Northern Italy and situated amongst the Alps and the Dolomites, known throughout the world for their natural beauty. The cheese produced here is made exclusively from the milk of cows reared in Peio Valley. It has a very rich taste, and has many uses. Aside from small dairy farms, this rare cheese is also produced by three cooperative dairy manufacturers.

The name for the cheese, Casolét, is derived from the latin word caseolus, meaning “small cheese”. Since it was first produced and up until even today, Casolét has had an average diameter and thickness of around 10cm, with a weight of just under a kilogramme. That being said, when it is hand-made, its diameter can vary anywhere between 10 to 22cm, and its thickness anywhere between 7 to 12 inches. This means that when all the variation has been factored into account some wheels can weigh as much as 3kg.

Casolét’s outer surface is a soft, pale white or cream colour. The cheese itself is soft white-gold and specked with air bubbles spread throughout. Casolét’s taste is marked by its creamy, milky sweetness which is amplified by its aroma, reminiscent of the fresh green nature of the Alps. In the past, the cheese was made only in autumn, when the dairy herds were led down from the mountains, and milk output was at its lowest levels. Then over the long winter, the families in the area would use this cheese as the main ingredient in their seasonal dishes. However, these days it is produced all year round by dairy farms and livestock holders, as well as some dairy cooperatives.

From appetisers to desserts, Casolét cheese is used extensively in many local dishes. One such includes combining apples, walnuts and Casolét cheese into a fresh salad. In Trentino-Alto Adige, they also use Casolét cheese to bring out the depth of flavour in Knödel, a type of boiled dumpling famous in the region. As for main dishes, a white sauce made with Casolét cheese pairs beautifully with meat and mushroom dishes. Its milky creaminess also lends itself well to cakes and even sorbet, and also pairs well with fruit. As for wine, Casolét’s mellow fragrance and flavour go well with light-bodied red, and white wines, such as Trentino’s own white Trentino Doc Müller Thurgau CDO (Controlled Designation of Origin).