HOME / FOODS / FRESH AND CURED MEATS / Cinta Senese, The Pig In A Jacket 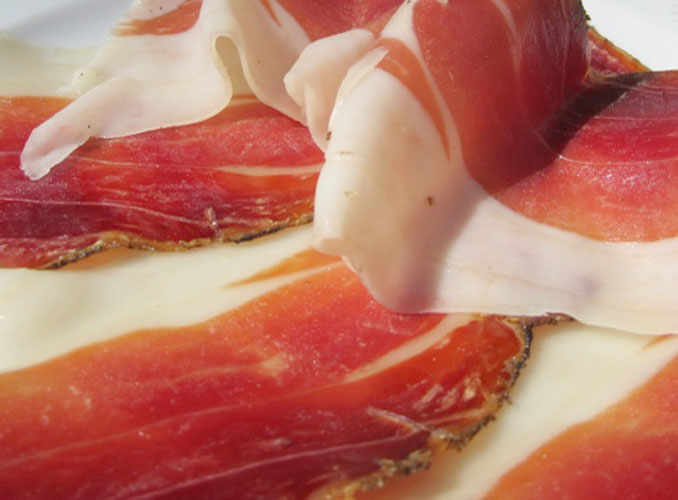 Cinta Senese, The Pig In A Jacket

Cinta Senese is an ancient breed, recognisable by its dark coat with a white stripe running across. It is great for high-quality salami production, typical of the Tuscan food heritage.

Link copied
A result of a century-long natural selection in the green Tuscan hills, Cinta Senese is the name of a small-sized pig breed, characterised by a dark coat with a distinctive white stripe - called “cinghiatura” – running all around the withers, shoulders and fore legs. The stripe is a peculiarity of Cinta pigs. Cinta Senese is a breed of very ancient origins, typical of a hilly area called “Montagnola senese” which includes the municipalities of Siena, Monteriggioni, Sovicille, Casole d’Elsa and part of the Chianti Valley (Gaiole and Castelnovo Berardenga). In the 1950’s, due to the spread of the more prolific and productive white breeds, Cinta Senese was nearly endangered. However, the revival of old flavours has brought to the revaluation of the breed and nowadays the consortium for the protection of Cinta Senese is engaged in protecting and conserving the Cinta Senese swine population. Since 2012, Cinta Senese has had Protected Designation of Origin (PDO, “DOP” in Italian) status. The PDO is reserved to the meat of pigs that were born, bred and slaughtered in Tuscany, in compliance with the conditions and requirements of the production guidelines, e.g. the swine must have been parented by two specimens listed in the Register of Births or the Genealogical Book of the Cinta Senese genetic type.

The properties of the Cinta Senese ham
The Cinta Senese ham is bright red in colour, a low percentage of white-coloured fat and light pink veining. The meat of Cinta Senese is characterised by a strong presence of marbling fat and low water loss, at the moment of boiling. During the transformation to salami and cured meats, the products stand out for their organoleptic properties, which make them a true excellence of Tuscan tradition. Fresh meat for final consumption is marked with the consortium seal and the traceability number. Cinta Senese salami is cased in natural bowels and its weight varies between 500g and 2kg. It has a compact texture, and intense smell and a dark red colour. The lean parts are finely minced and mixed with the fatty parts, which have been diced. The meat compound is subsequently flavoured with pepper grains, red wine, garlic and sugar, and left to age for a period of a minimum 20 days to over 12 months, depending on the size of the salami.