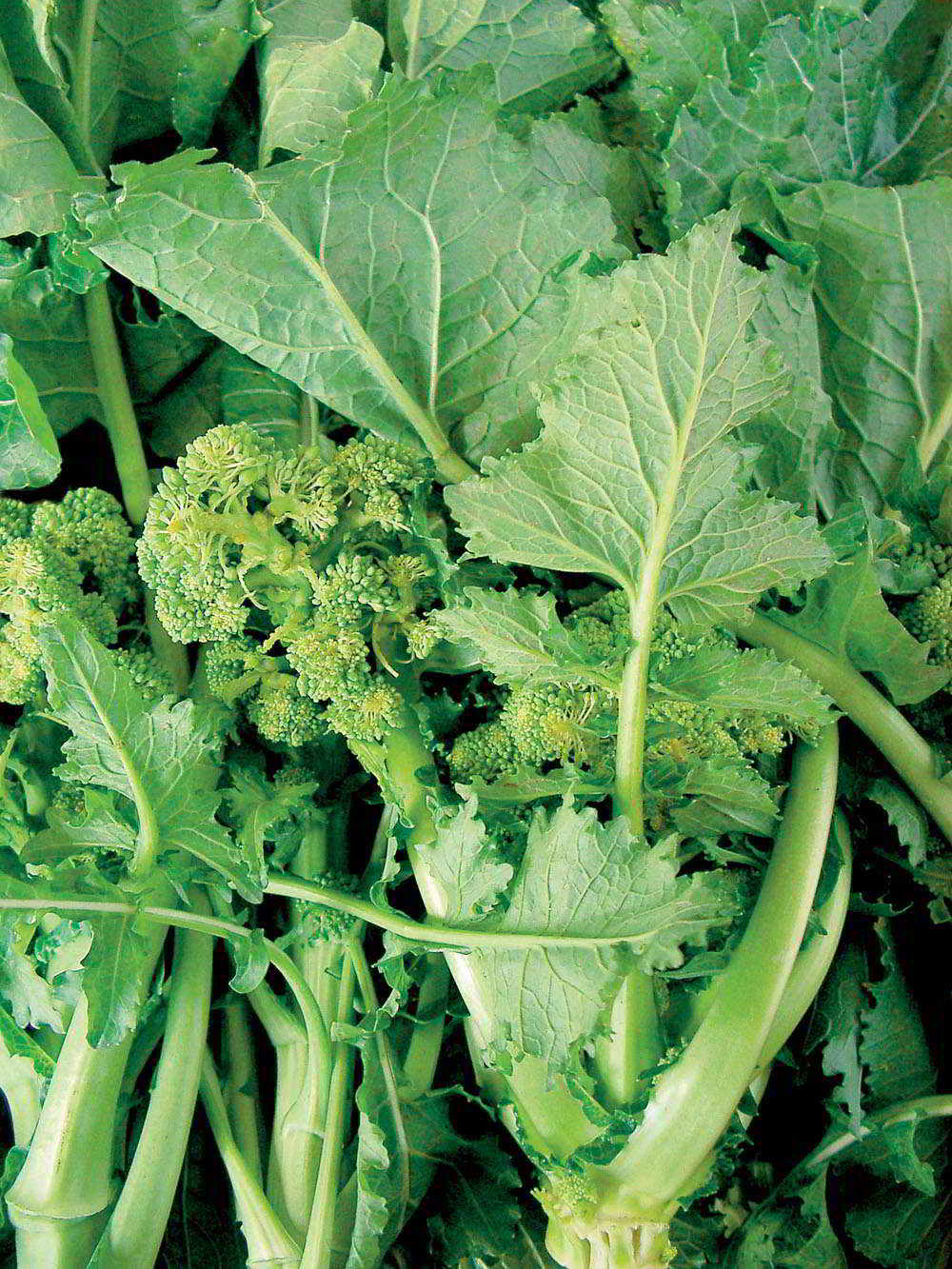 Turnip tops have always been regarded as peasant food. Thanks to their pleasant, slightly bitter taste, they are now featured in many restaurant menus.

Link copied
Few vegetables have been dishonoured on a popular level as much as the turnips. The word rapa, “turnip” has been featured in a number of unflattering Italian adages and expressions. Testa di rapa, literarily “turnip head”, is used to refer to a halfwit; non valere una rapa, lit. “not to be worth a turnip”, has an English counterpart in “not to be worth a penny”; “non si può cavar sangue da una rapa”, lit. “one cannot get blood out of a turnip”, is the Italian for “one cannot get blood out of a stone”. This clearly reflects the common belief that a foodstuff needs to be calorific and satiating in order for it to be well appreciated. This justified prejudice also includes the inflorescences of Brassica campestris, cymosa variety, harvested before the flowers bloom, known as rapini in Tuscany, tanni (a more bitter variety) in southern Lazio, torzelle or friarielli in the Naples area and more generally cime di rapa, “turnip tops”. Possibly originating in the northern Europe, they resist low temperatures, especially the root turnips also known as the white turnips. The leafy variety, on the other hand, grows in areas with a tempered Mediterranean climate; in fact the production of turnip tops in Italy is mainly in the south, with poor soils and dry and hot climate.

The dark green buds, little leaves and tender stems are the edible part of the turnip tops. They are pleasantly bitter to the palate, sometimes with a spicy note, depending on the level of cooking. Being an ingredient of poor man’s cuisines, the calorie count is traditionally enriched with fat in the cooking. Whether they are simmered in olive oil with garlic and chili pepper, fried in lard, as in the original Neapolitan recipe of friarielli, or sautéed with slices of bacon as in the Tuscan pulezze or pollènzole, they are always blanched in salted water and squeezed first. The most famous and probably the healthiest use of the turnip tops is in the Apulian pasta speciality orecchiette alle cime di rapa.

60% of the plant is edible. Every 100g of turnip tops have an extremely low calorie count (22) and contain virtually no fats or cholesterol. They are rich in minerals and vitamins (but still subject to a loss of the aforementioned during cooking), which make them an ingredient with depurative properties, in addition to their restorative action on blood and toning action of nervous cells. The calcium content (97mg) outdoes the level of calcium contained in milk and it is the highest among all food, with the exception of cheese. The presence of potassium is also remarkable (300 mg), important for metabolizing fat, for the water electrolyte balance and for the heart activity. Vitamins C (112 mg, double the level in oranges), A (225 μg) and B2 (0.16 mg) have beneficial effects on the nervous and digestive systems in general. Furthermore, turnip tops are extremely rich in chlorophyll which, in combination with iron (1.5 mg), helps in fighting anaemia and stimulating the production of haemoglobin.