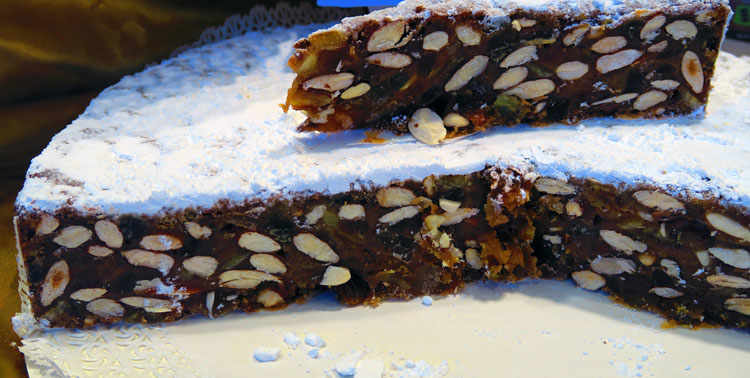 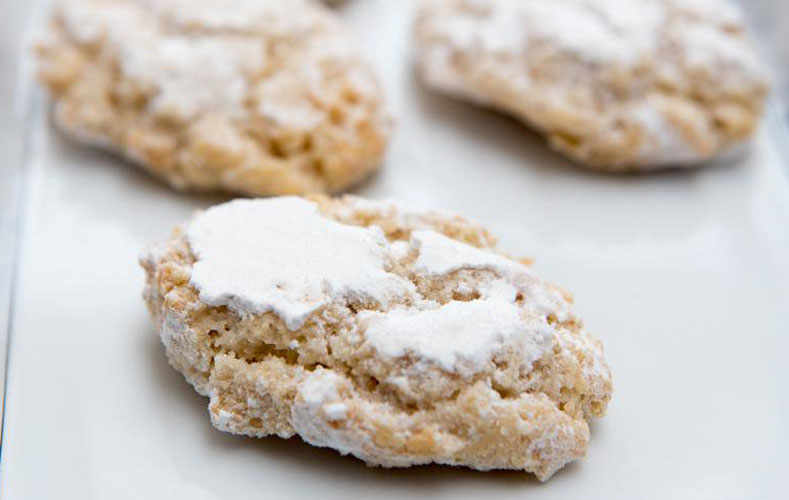 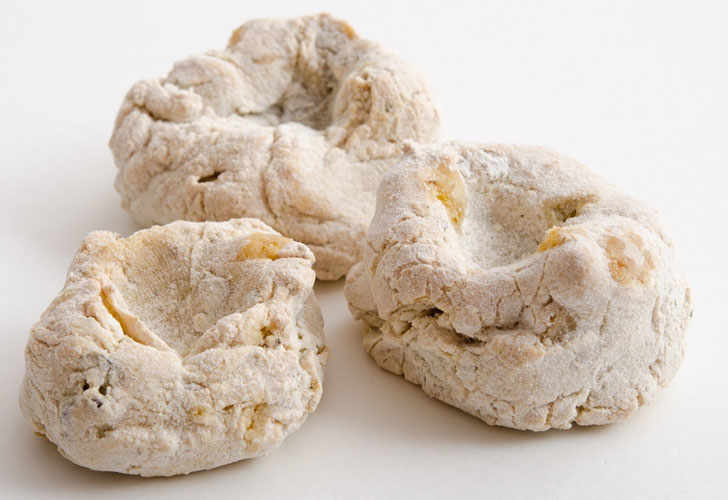 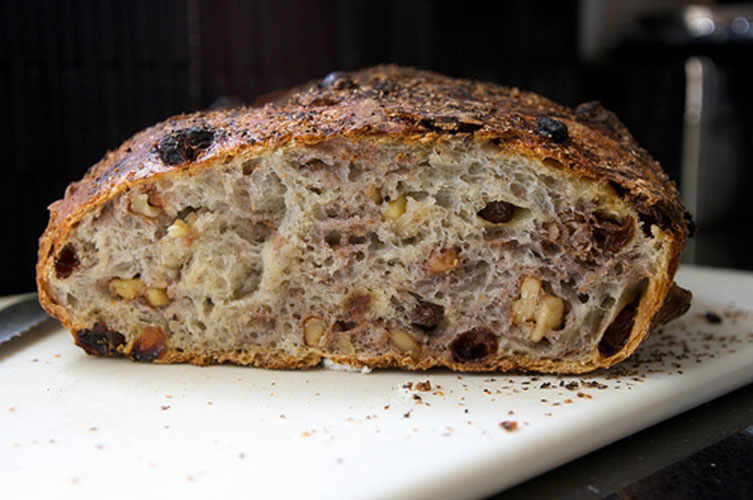 In sombre Tuscany, Siena is the ancient capital of desserts. Panforte, ricciarelli and cavallucci are part of an unrivalled tradition, by all rights awarded a PGI

Link copied
Despite the age-old rivalry with Firenze, Siena is unrivalled when it comes to traditional desserts, especially three specialities of Christmas time: panforte, ricciarelli and cavallucci. The former two were even awarded a PGI.

Panforte di Siena
A symbol of Siena, panforte has a long history dating back to the Middle Ages. The spices used in the recipes came from the East at the time of the Crusades – 11th-12th centuries. Cinnamon and clove were originally believed to have miraculous healing properties, which may be untrue. However, there is little doubt that the newly-introduced spices were a source of new flavours and helped preserve food. Spices were usually stored in monasteries, as a gift from wealthy merchants. Panforte may have been created by an abbess as a treat for the church aristocracy. The cake became commonly known by its current name only in the early 19th century, when it began to be sold outside of Siena, especially in the shops of Firenze. The first ‘Panforte di Siena’ factory was established in 1810 by apothecary Natale Pepi, after the pharmacy of the Ospedale di Santa Maria della Scala closed down under the Napoleonic rule. Food writer Pellegrino Artusi mentioned panforte in his book, The Science of Cooking and the Art of Fine Dining. No guidebook or cookbook, in Italy or in the world, fails to cite it as the quintessential expression of Sienese gastronomy. A “milder” version, powdered with sugar, originated in 1879, when the King and Queen of Italy visited Siena to see the Palio horse race in August. The dessert was renamed Panforte Margherita, in honour of the queen. It is still vey popular nowadays, under the name of panforte bianco, “white panforte”. Also extant is the black version, covered in a spice mix.

Ricciarelli
Legend has it that ricciarelli biscuits were were introduced by Ricciardetto della Gherardesca in his castle near Volterra upon his return from the Crusades. The shape is supposedly reminiscent of the slippers worn by the oriental sultans. Ricciarelli used to be prepared in monasteries or pharmacies, at the time the only suppliers of spices. In the historical pharmacies near Piazza del Campo – the heart of the city of Siena - there are frescoes decorated in gold with references to ricciarelli, panforte and other desserts, as a testimony of the exclusive access to spices. The recipe reported by Artusi in his book mentions the ingredients that are still in use nowadays: fine white sugar, sweet and bitter almonds, egg whites, orange peel flavour. Ricciarelli are lozenge-shaped and have a marzipan base, without being too thick, soft or crumbly. The marzipan cakes of Siena were very popular also beyond the city lines already in the 16th century. Their success is due to the perfect combination of candied orange and cedar peel with almonds. The fine paste is enriched by a delicate cinnamon flavour. Ideal pairings include demi-sec sparkling wines or amaretto. Aleatico dell’Elba or Aleatico di Gradol can be equally enjoyable.

Cavallucci are biscuits made of flour, honey and sugar, shaped as a squashed apricot half. At the time of Lorenzo de’ Medici, they were known by the name of Biriquocoli. They were originally meant for travellers and explorers, since they could last for months. Their current name, literally meaning “little horses”, may have originated from the custom of serving them at coaching inns. Today’s versions are softer and contain candied orange zest and aniseed. Pairings include medium-sweet vin santo and young Chianti. They can also be dipped in vin santo, Marsala, Passito di Pantelleria, Asti Spumante or Moscato.

Pan co’ Santi, also known as “Pan dei Morti, is a brown biscuit with walnuts, raisin, pepper and other spices. It is usually eaten between October and November, with vin santo or new wine from the cellar.