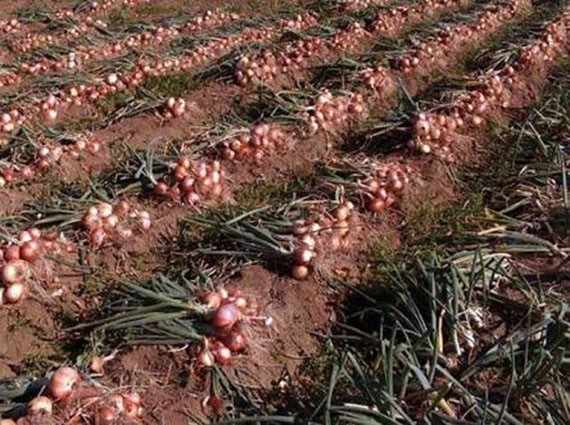 Healthy and as sweet as candy, the Coppery Montoro Onion can be enjoyed in every dish, from hors d’oeuvre to dessert.

Link copied
Unleashing the power of the onion
Onion is a wonderful ingredient. It has diuretic and anti-diabetic properties. Onions can help lower blood pressure and prevent intestinal fermentation. However, in order for them to work their magic, they have to be eaten raw, because all their characteristics deteriorate with high temperatures. The Cipolla Ramata di Montoro PGI, a coppery onion harvested in Montoro, province of Avellino, has a high nutritional value. It is rich in vitamin A, a powerful antioxidant, vitamin C, E and B, which is essential to the functioning of the nervous system and the health of the mucosal lining of the digestive tract.

Respect of the environment
The Coppery Montoro Onion farmers are extremely respectful of the environment, using to use recycled and recyclable cardboard for packaging, and biodegradable materials in general. As for the product itself, there will be a tag containing all the important information on the origin.

A thousand recipes
Young pizza chef Gino Sorbillo attracts a great deal of pizza lovers with his signature topping of coppery Montoro onion and chilli peppers stuffed with tuna The Neapolitan pizzeria 50 Kalo has paired the Montoro onion with lard and mozzarella. Carmen Vecchione has created Panramata, a reinterpretation of the traditional panettone Christmas cake enriched by candied Montoro onion. The two Michelin-starred chef Gennaro Esposito was so impressed by the sweetness of the Ramata di Montoro, he initially intended to fill it with chocolate. He went on to create the coppery Montoro onion risotto, which you can enjoy at his restaurant Torre del Saracino.