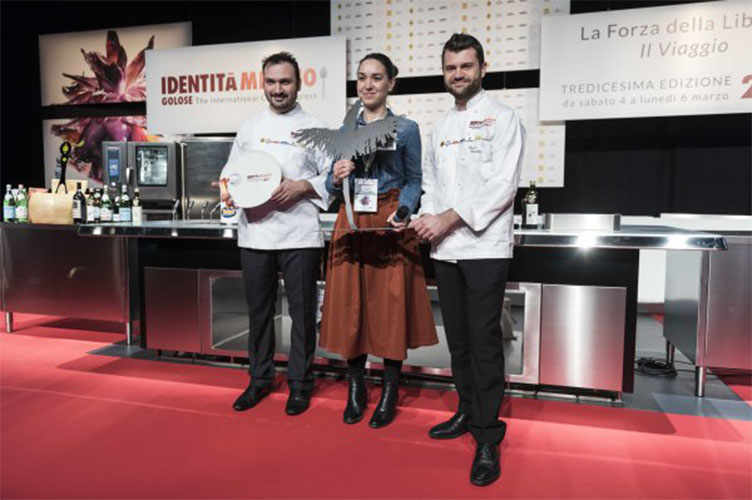 
“It is a very special year for me. Prizes have kept pouring in, basically” said Enrico Bartolini, the Michelin two-starred chef of the restaurant of the Mudec Museum of Cultures, via Tortona, Milan. On the occasion of the Identità Golose Food and Wine Festival 2017, the chef was awarded the Natural Cuisine Prize, sponsored by Alce Nero, a leading brand encompassing thousands of organic farmers. “We were a little sceptical about vegetarian food” continued Enrico “but we actually have received nothing but encouragement and support from the Milanese, who are extraordinarily open-minded.
Source: Identità Golose

Artecibo editorial board
Content edited by staff
09/07/2018
Dotful Afternoon Tea With Polka-Dotted Desserts
From 1st July to 31st August 2018, Conrad Osaka’s 40 Sky Bar & Lounge is the venue of a special ...
05/07/2018
The Italian Winery Cantine di Marzo Lands in Japan ...
Located in Irpinia, in the Campanian inland, Cantine di Marzo is one of the oldest wineries in the southern ...