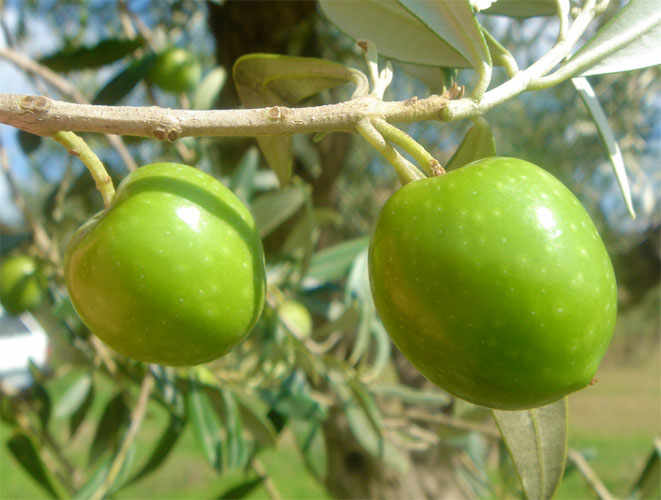 DOP since 1998, Nocellara del Belice is used for the production of both extra-virgin oil and table olives.

Link copied
Sicily’s Olive Oil Excellence
Nocellara del Belice is one of the most prominent Sicilian olive cultivars, much appreciated for its sensory characteristics and versatility. It is used for the production of both extra-virgin oil and table olives. The Nocellara del Belice trees grow to a medium height and can adjust to different environmental factors. Because of its peculiar chemical and sensory profile, in 1998 Nocellara del Belice was awarded the Protected Designation of Origin “Valle del Belice” (compliant with EEC 2031/92 regulations). According to the regulations, the production area encompasses the whole or part of the olive gardens in the municipalities of Castelvetrano, Campobello di Mazara, Partanna, Poggioreale, Salaparuta and Santa Ninfa (province of Trapani). The designation of origin is exclusively for the extra-virgin oil obtained from the pressing of Nocellara del Belice olives, with the addition of a minor quantity of oil from other cultivars, which include Giarraffa, Biancolilla, Cerasuola, Buscionetto, Santagatese and Ogliarola Messinese.
Sensory and nutritional profile of Valle del Belice extra-virgin olive oil DOP
Nocellara del Belice has a quite late fruit maturation and usually good harvests. Its shape is spherical and symmetrical, with a good flesh/stone ratio. Its firm consistency makes Nocellara del Belice an excellent table olive, too.
Before they become black, olives are traditionally hand-picked or grazed and pressed within the next few hours, to ensure free acidity, low peroxide levels and the peculiar sensory profile.
Valle del Belice extra-virgin olive oil DOP has a medium fruity intensity and is always characterised by green tomato notes as well as secondary nuances, such as cut grass and artichoke.The oil is bitter and slightly spicy, and, at the same time, it is rich in phenolic compounds, antioxidants and fatty acids. The high oleic acid content can be instrumental in preventing heart diseases and the formation of LDL, the so-called “bad” cholesterol.
Author: Giuseppe Di Lecce