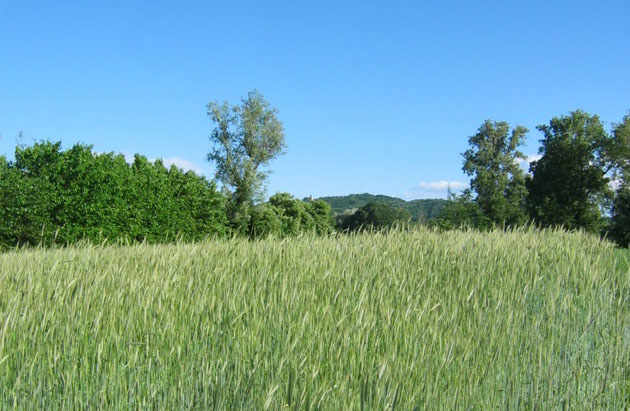 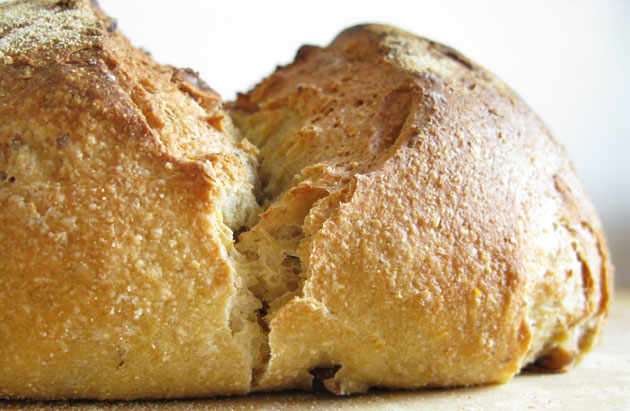 Pan di Sorc is a typical bread from the province of Udine. It is an influence of the neighbouring Austria, where many Friulians emigrated to in the nineteenth century, encouraging cultural exchanges between the two territories. A common delicacy in Friuli up to the 1960s, it has now been rediscovered.

Link copied
Pan di sorc is a sweet, spiced bread typical of the province of Udine, and in the past it was mainly produced at Christmas. This bread is made from a mixture of three types of flour: short-cycle corn, called “Cinquantino”, wheat and rye. The product is named after one of these flours, since corn is also called “sorc”. Dried figs and wild fennel seeds are added to the flour, as well as sultanas, walnuts and cinnamon. The custom of preparing spiced sweet bread was probably established in Friuli thanks to the contact created in the nineteenth century between the migrants of the Friuli mountains and the recipes of the nearby Austrian regions.

The recovery project for Pan di Sorc
Traditionally, Pan di Sorc was made at home, then taken to the town oven for baking. Until the 1960s, these sweet loaves came in various shapes and were sold throughout Friuli. Over time, this tradition has disappeared, but in 2006 the Euroleader Local Action Group (GAL) issued a call to develop the concept of "e;local identity"e; using a traditional product that reflects the territory itself. This is when the Pan di Sorc Recovery Project was born, in which a miller and a baker came together. They were both born in 1926, so they had experienced direct knowledge of the making of this bread. A new agribusiness chain was launched to produce and market it locally. In the spring of 2008, the local “Cinquantino” corn was sown in a few plots of land, and subsequently two mills became involved. One is a traditional corn mill and and the other is certified for organic production. For the baking process, an oven certified for organic production has been selected as well. After the birth of the Pan di Sorc Producers’ Association, the years of dedication for the recognition of this product were finally fulfilled with Pan di Sorc’s inclusion under the Italian Slow Food label.

Pan di Sorc: environmental, cultural, social and economic benefits
Concerning the environment and landscape, the typically larger variation in cultivation has allowed farmers to recreate small traditional countryside plots, slowing the propagation of intensive agriculture. From a cultural and social point of view, historical, technical and gastronomic research has begun. This has led to the recovery of awareness and knowledge of local traditions. From an economic point of view, the advertising of this product has triggered an excellent commercial circuit within the territory, so much so that in 2011, the first year of activity of the project, the turnover was 120,000 euros.

Scagliolo, The Amazing Maize of Carenno
Carenno is a village in the province of Lecco, where a small group of farmers have recently revived an ancient ...
The Traditional Tiella di Gaeta
“Tiella” are small pizzas packed with filling that fit in the palm of your hand. They are a traditional ...