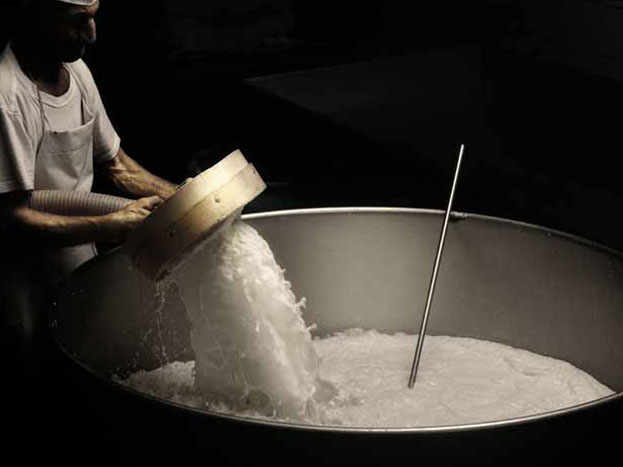 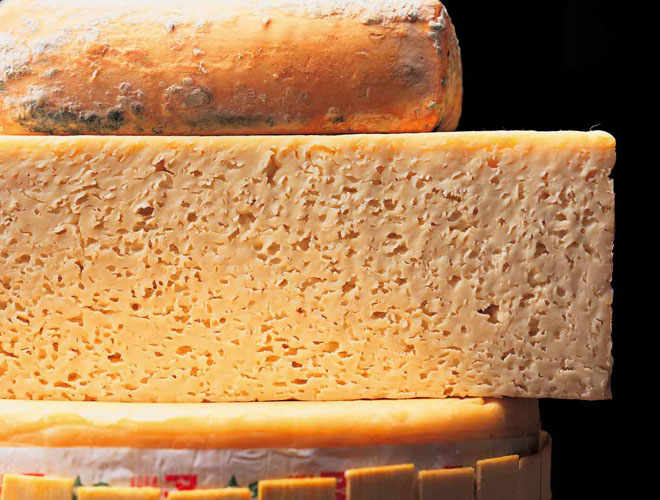 Pannerone is quite well-known for its distinctive buttery consistency and slightly bitter aftertaste, a result of the peculiar processing of the cream-rich, raw cow’s milk.

Link copied
The rind of Pannerone, a speciality of the Lodi and Cremona areas, is smooth and thin, either straw yellow or slightly pink in colour. The name comes from the Milanese dialect noun panéra, “cream”, because it is made from unskimmed milk only. It is a soft and buttery cheese, with very small eyes, a result of the alcoholic fermentation. Its slightly bitter aftertaste represents its unmistakable trait. The production of Pannerone is limited to the cold season and to two cheese makers. It is mostly available in Northern Italy. Pannerone has experienced changing fortunes due to its perishability and to its high fat content, which causes a divide between health and food enthusiasts. Notwithstanding, Pannerone di Lodi was deemed Slow Food Presidium in 2003. In 2009, the cheese was awarded a P.A.T. (Traditional Agricultural Product) by the Ministry of Agricultural, Food and Forestry Policies of Italy.

Production
The peculiarity of Pannerone is strictly related to the cheese-making tradition of Lombardy, which involves a considerable use of rennet, and keeping the moulded curds at a warm temperature for several days, without salting them. Pannerone is soft, niche cheese, matured for a brief amount of time. The raw cow’s milk is curdled with rennet for thirty minutes at a temperature of 28-32°C and then mixed using a scraper. The curd is subsequently broken into smaller particles, about the size of a maize grain. The whey is drained off in vats – known as ramin – and the curd is extracted with muslin-like cloths – called patte. The curd is kept in moulds for 4-5 days, at a temperature of 28-32°. When the cheese is completely drained, it is removed from the moulds and wrapped in a special parchment, tightened with wooden straps and kept at a warm temperature for one more day. Ripening continues at room temperature for about 24-48 hours, before the cheese is stored in a cold room at 4-6°C. It takes an overall ten days for the cheese to be completely ripened. It takes 10 litres of milk to produce 1 kilo of cheese. The cylindrical cheeses weigh between 12 and 13 kilos and have a diameter of 25 to 30cm.

Pairing
Pannerone can be paired with mellow wines, with a noticeable amount of sugar residues, such as Alsatian moelleux and Italian raisin wines, with faint sensations of almond in the finish. Perfect matches include South Tyrol’s Goldmuskateller or Burgenland’s Eiswein. It is an essential ingredient in a number of local recipes, such as risotto with pears and Pannerone or risotto with sausage and Pannerone. It can be accompanied by fruit mostarda, jams, fresh grapes, herb-infused honey or pomace brandies.