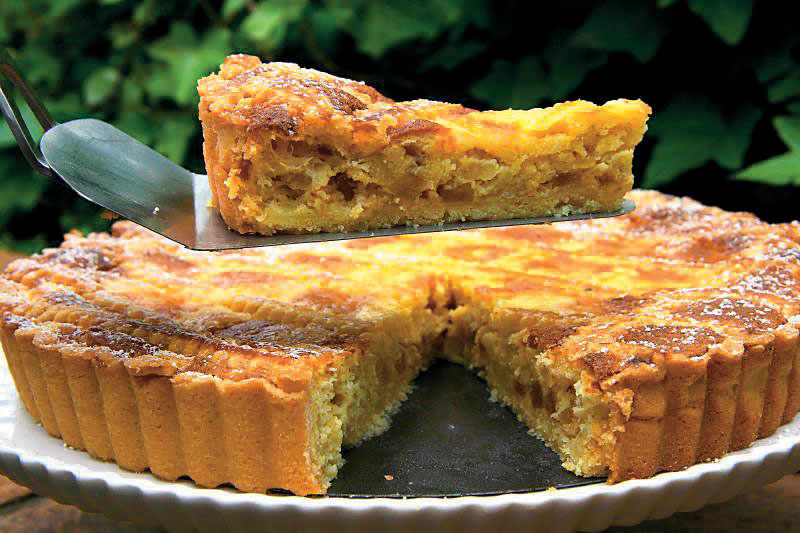 Pastiera, a Neapolitan Easter cake, is perhaps the example par excellence of a rich and sophisticated dessert made with simple ingredients. Pastiera is exquisitely homemade, following a slow and laborious procedure.

Link copied
The divine origin of Pastiera
Legend has it the people in the Bay of Naples bestowed seven gifts on the siren Parthenope, to show their appreciation for her sweet song. The seven gifts were: wheat (a symbol of fertility), milk, ricotta cheese, eggs (a symbol of new life), sugar (a symbol of the sweetness of Parthenope’s voice), spices and orange flower water (a symbol of spring). Parthenope took the gifts to the gods, who used them to prepare the very first pastiera, sweet and fragrant. The whole grains are reminiscent of ancient fertility rites. The name itself may refer to the Neapolitan verb pastenare, meaning “to plant”, “to sow”.

Pastiera: a ricotta and wheat based cake
Pastiera has a very simple recipe, which has come to include new ingredients and flavours over time. The core ingredients are still wheat grains boiled in milk and ricotta cheese. The spices and the orange flower water are a legacy of the Arabian cuisine. The Arabs were indeed the first to distil herbs and flowers. Originally a symbol of new life, the present-day pastiera may have been developed in a convent, on Easter, to celebrate the resurrection of the Christ. That may be the reason why still nowadays pastiera must be homemade, following a slow, intimate and almost religious procedure.

Pastiera must be homemade
If you ask any Neapolitan where to buy the best pastiera, they will be reluctant to give you an answer, since any Neapolitan knows that the best pastiera is never found in shops. The best pastiera is homemade. It should come, then, as little surprise that every Neapolitan household claims their recipe to be the most authentic and the tastiest. Pastiera should be prepared four days before consumption. If you want to have it on Easter Sunday, you should not wait longer than Holy Thursday or Good Friday. It is common belief that pastiera gets better as it rests. Should there be any leftovers, you can still enjoy them for breakfast for the next eight or ever ten days. After baking, pastiera should be left and served in its mould. Soft and delicate pastiera needs to be handled with care.