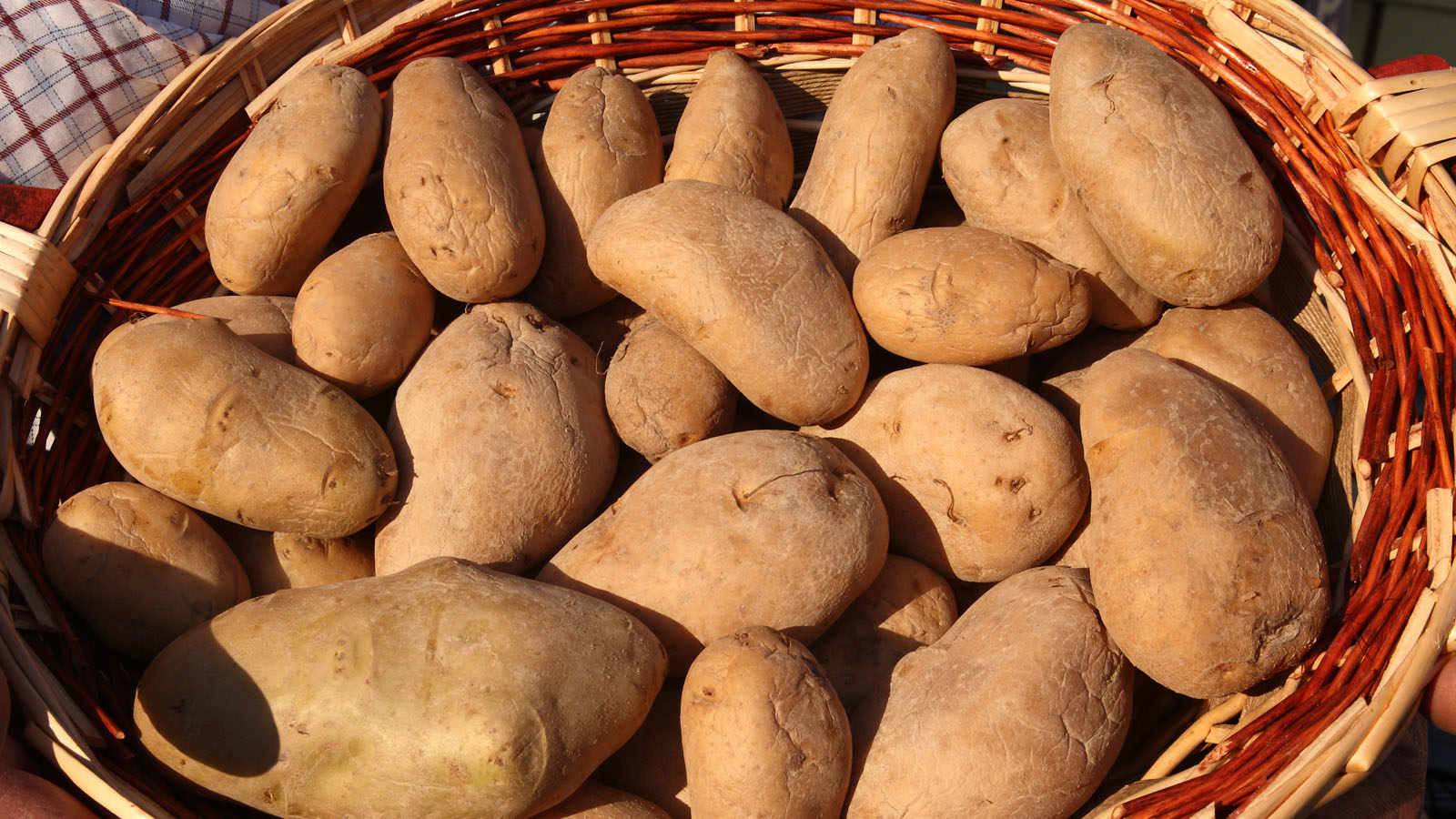 In the province of Rimini just off the Adriatic Sea, in the town of Montescudo, there is cultivated a very unique variety of potato. Great tasting, it is naturally low in water content and keeps exceptionally long.

Link copied
The History and Characteristics of Montescudo Potatoes
Slightly inland of the Adriatic sea lies the town of Montescudo in the province of Rimini. Here there is a potato cultivated from which it gained its name Patate di Montescudo. Along with potatoes, the town is also home to the red sangiovese wine Monte dello Scudo, and these are but two of the products supervised and sold by the Sapori di Montescudo Consortium (Flavours of Montescudo Consortium). Although these potatoes are grown in Montescudo, they are originally not native to the region. This tuber in particular came to Montescudo through the Netherlands, and belongs to the common varieties Kennebec, Mona Lisa and Tick. Montescudo potatoes are naturally lacking in water content, and this characteristic allows the sowed seeds to grow even in droughts and lack of water. In order to cultivate them to the best quality, the seeds are sown in sandy and hilly soil with good quality water filtration. It is this dry environment which produces a potato naturally low in water content. The resulting tuber is smaller than more common varieties, owing to the lack of water, and this also means they can be kept for up to twelve months. However since the hilly terrain upon which they are cultivated is not common their cultivation is not so widespread. This makes Patate di Montescudo a variety that is difficult to get to wider markets, although is it possible to contact the growers and order the potatoes directly. In March 2012, the potatoes of Montescudo were officially registered as a traditional food of Emilia Romagna.

Production and Storage
One hectare of land yields roughly four tonnes of Patate di Montescudo, however depending on rainfall, the average annual yields can fluctuate between 600 to 800 tonnes. They are placed in small boxes, and kept in a dark, cool room for storage.

Patate di Montescudo Festival
The festival of the Montescudo Potato is held annually in the second weekend of August, and the 2017 festival will be the 45th anniversary since the festival began. Organised by the Montescudo Municipality and planned with the local tourism board, since 1999 the festival has also been an event to showcase the produce and local hand-made products of the area. Local dishes which utilise the unique characteristics of the Montescudo potatoes are prepared, such as the iconic potato dish gnocchi. These potatoes are naturally low in water content which makes them absolutely ideal for making a gnocchi dough, and can be made using less flour than conventional recipes, resulting in gnocchi which better retain the flavour of potato. Other local delicacies include: salted cod with potatoes (il baccalà con le patate), french fries, a potato-based gelato, and potato doughnuts.