Get more of ArteCibo delivered to your inbox
Sign up for free newsletter
HOME / FOODS / FISH & SEA FOOD / Oily Fish, the Bounty of Sicily 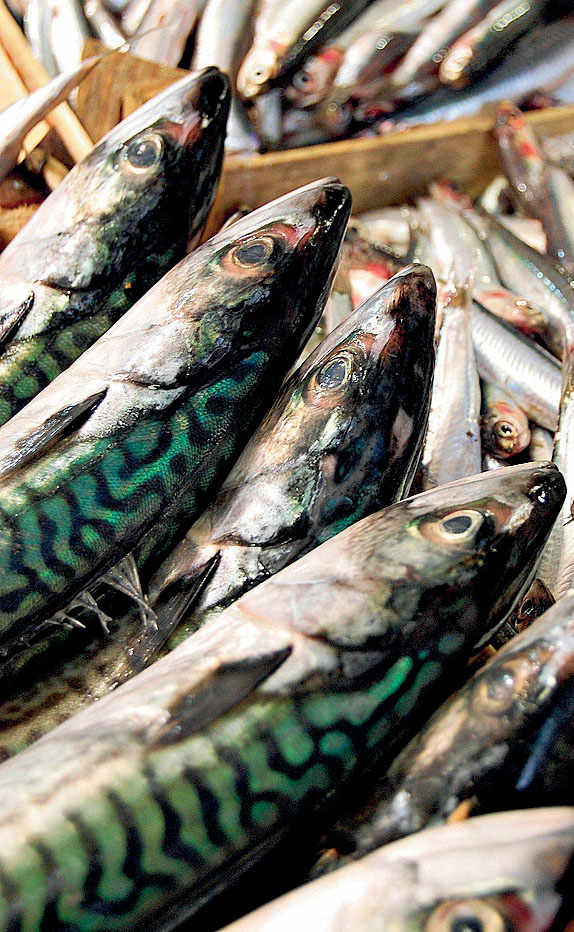 Oily Fish, the Bounty of Sicily

Kind on the wallet good to the body, blue-backed oily fish are both luxurious and delicious. Oily fish are one of the healthiest foods, and owing to recent economic inflation they’re once again garnering attention, coinciding with the efforts of promotional projects centred in Sicily.

Link copied
Oily fish: cheap yet nutritious
Blue-backed fish, more commonly called oily fish, are not a scientific classification but a culinary one. Oily fish are commonly seen as cheap fish, but even high-quality fish such as Tuna and Swordfish fall under the oily fish category. Misconceptions persist surrounding oily fish, but the reality is that they are both delicious and healthy. Italy is truly bountiful in its marine produce, and yet the selection commonly found in fish markets and supermarkets is shockingly small. There are around 30 different varieties of fish that fall into the oily fish category, and yet the most common selection available is limited to anchovies, sardines, and mackerel. In an attempt to rectify this, between 2009 and 2011 Sicily has used its position as a leading marine product market to launch the “Azzurro di Sicillia” project. Launched in the city of Santa Croce Camerina (Ragusa), in aims to make oily fish recognised as a high quality product through workshops, food shows, research delegations, and improved quality certification and traceability efforts.

Nutritional properties of oily fish
Oily fish form the basis of the Mediterranean diet and general healthy eating habits. It is incredibly nutritious containing polyunsaturated fatty acids, more commonly known as Omega 3, which reduces bad cholesterol, as well as helps to support the cardiovascular system. Omega 3 also strengthens the membrane of the cell walls. This delays the effects of aging and guards against cerebral decay which can lead to Alzheimer’s disease. Aside from the benefits of Omega 3, oily fish are also a great source of protein, various vitamins and minerals, iron, and phosphorous. The fat content varies between species. For example the garfish has just over 1g of fat per 100g, whereas the equally-sized mackerel has as much as 11g. Caloric content can also vary greatly, with the spicara maena fish containing 70 calories for 100g whereas mackerel has as many as 168 calories, while sardines sit in the middle at 96 per 100g.

Cooking with oily fish
According to nutrition experts, frying fish destroys some of the benefits of omega 3, and they suggest oven-baked or poached fish instead. Recommendation for culinary use include mackerel either grilled, in casseroles, or parcel-baked. They also recommend steaming anchovies with onion or tomato and bacon; smoked or marinated garfish; and poached seabream. 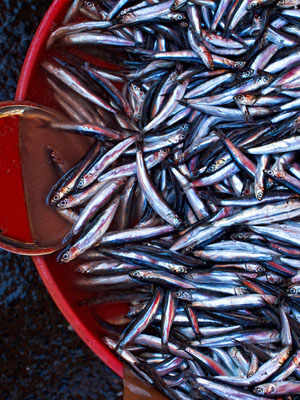