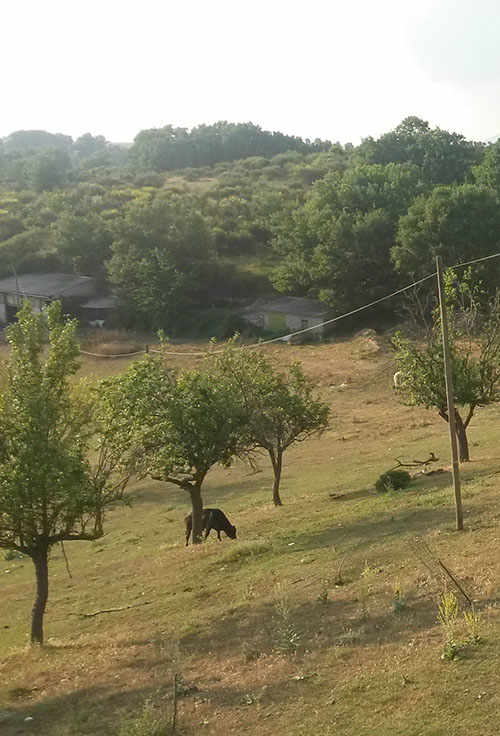 Spotlight on the delicacies of the province of Rieti, struck by the 2016–2017 Central Italy earthquakes that took a terrible toll on the cities and the lives of a multitude of people living in the area, including many farmers. The government is now endeavouring to revive the agrarian economy.

It all happened in one night. An earthquake took the houses and the lives of many, and brought the local economy, mostly based on agriculture, to its knees. However, after a few months, a steady recovery seems to be happening, starting from agriculture, thanks to the contribution of Carlo Hausmann, the head of the agricultural department of the Lazio Region, who lost no time in going to the affected area to assess the extent of the damage and make a plan accordingly.

In the aftermath of the earthquake, it was extremely difficult to conduct a census of the animals trapped in the debris or escaped. The priority was to restore their sheds to protect them from the winter’s cold. A number of farmers were forced to sell part of their cattle due to the impossibility to shelter them. 84 sheds have been already put up, as well as tens of haylofts, allowing many farmers to resume their activities. Notwithstanding the fall in production, the aim is to understand which path agriculture must follow in order to become strong again. Destruction must be considered also an opportunity to start from scratch and achieve high quality standards. The Lazio Region invested a considerable amount of resources in assistance and education programmes, with a special website offering funds to farming businesses.

The agrarian economy of the province of Rieti is based fruit (47%), olives (30%) and grapes (17%), with a sizeable amount of cattle, horse and pig breeding. Chestnuts, lentils, oil, truffle, meat, milk and fruits are the main productions. Gems include the Sabina PDO and the Colli della Sabina CDO extra-virgin olive oils, the White Veal of the Central Apennine PGI, the Central Italian Lamb PGI and the Prosciutto of Amatrice PGI. Oils are protected by the Farfa Regional Oil Board and promoted by means of the Sabina Oil and Typical Products Road. An application has been submitted for the acknowledgement of a Protected Geographical Indication to the Antrodoco Chestnut. An incredible heritage, that not even an earthquake will succeed in dissipating.