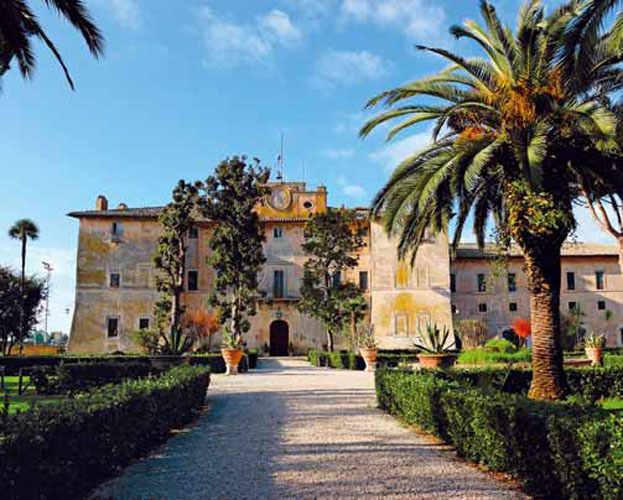 Maccarese is one of the largest Italian agricultural areas, being used for production of dairy, livestock, and crops such as wheat for pasta. With a rich ecological environment, the area connects agriculture and the local community, produces clean energy, and preserves local history and traditions.

Link copied
The agricultural area of Maccarese is of a town of the same name, in a nationally owned coastal belt roughly 20km from Rome. It has been owned by the Benetton Group since 1998, and earns some 12 million euros, of which 60% is derived from livestock sales. The area was established in 1925 and has continued since then. Originally claimed by the people of Ravenna, it was reclaimed and made into a state-operated area in 1925, only to be reclaimed and redeveloped by Mussolini in 1932. Today, the Maccarese area continues to be a great economic source for the region, while also giving to local people by seeking to take-up some of the region’s social difficulties. It commits not only to promoting food products, but also in the preservation of local history and tradition.

The Agricultural Produce of Maccarese
Maccarese began with 5,000 hectares of land, but today it boasts just over 3,000, of which 2,420 hectares is allocated for semi-irrigated crops. There are 2700 heads of dairy cow that produce 4,200 litres of milk a day, satisfying 10% of the daily milk consumption by the nearby citizens of Rome. Of the remainder, 400 hectares are Mediterranean woodlands, 35 wetlands, and 50 hectares are used as sapling nurseries. Production is centred on milk, meat, fruit and vegetables, but also produces large quantities of durum wheat, a hard variety used primarily in semolina and pasta. They also grow corn, beans and wheat to be used as livestock feed. The agricultural methodology applied here is termed a “closed-loop system”. The loop begins with the production of all the feed for livestock on site, gathering livestock waste as they grow and selling them to a nearby biogas plant, closing the loop by selling on any meat and dairy products.

The Preservation work of Maccarese
The management of the woodlands and wetlands of Maccarese has been given over to the World Wildlife Fund (WWF) which has registered certain areas as “natural oases”. Macchia Grande is one such oasis. Situated along the Roman coastline, it extends for 280 hectares and is characterised by having several co-existing ecosystems. It simultaneously contains Mediterranean scrub, wetlands, forests, wooded marshland and pine groves. The watering spots in this oasis are essential to the native wildlife, as well as being an important wintering spot for several species of birds. As recently as June of this year (2017) Maccarese has released plans to develop an agricultural reference archive through gathering local historical materials. Through this research, they hope not only to trace back the agricultural methods and natural history of the local area, but also to trace back various aspects of Italy’s history in general. Maccarese also features an eco-museum, which details and displays the history of its various reclamation and development periods.