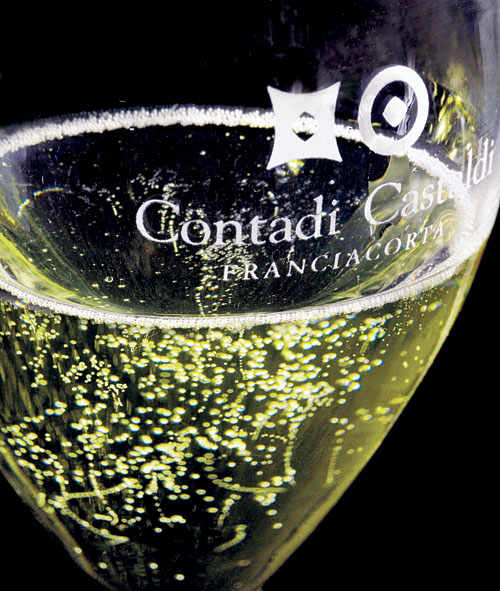 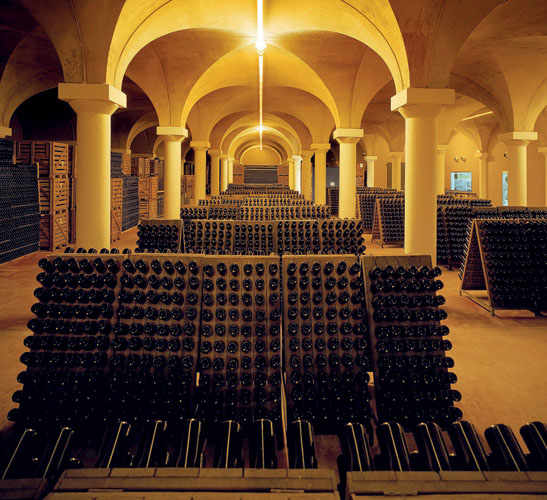 The Delightful Bubbles of Contadi Castaldi

Contadi Castaldi is one of the of the wine temples in Franciacorta, a region in Lombardy famous in the world for its bubbles.

Contadi Castaldi is one of the leading sparkling wine producers in Franciacorta, a region in the province of Brescia blessed with fertile soils, formerly used as brick and concrete quarries. The company is the result of a renovation process completed in the late Eighties by Vittorio and Marietta Moretti, the owners of the old Biasca kiln, where laterite bricks where produced up until the mid-1800s. They decided to convert the kiln into a winery and named it “Contadi Castaldi”, a historical reference to the contaldi and the castaldi of the Longobard era, respectively the agricultural labourers and the so-called gastalds, that is their lords. The Chardonnay, Pinot Nero and Pinot Bianco vineyards grow at an elevation of 520m a.s.l. on moraines formed by an accumulation of debris carried along by glaciers before their retreat 5 million years ago.

Contadi Castaldi sells their wines, of which 6 Franciacorta CGDO, both in large and small scale retail trade, such as wine bars, wine ships, restaurants and bistros. Each sparkling wine is obtained from a special cuvée. Each harvest yields 86 different wines, which are then re-assembled into the six traditional method sparkling wines, from brut and rosé to millesimati, with the grapes of a single vintage, namely Satèn, Zero, Rosé and Satèn Soul. Their difference depends on the type and the quantity of liqueur de tirage, a syrup, that has been added after the second fermentation and dégorgement, the process of taking the sediment out of the bottle. The types also vary by the ageing period, which ranges from 18 to 60 months. Another difference, quite clear to the palate, is given by the grape used. Brut are Chardonnay-based (80%) with a tiny bit of Pinot Nero (10%) and Pinot Bianco (10%), whereas Rosé and Zero are prepared with Chardonnay and Pinot Nero. Satèn is mostly Chardonnay, which triumphs in Satèn Soul. Satèn was the first product innovation operated by the Contadi Castaldi Winery, providing that distinctive Franciacorta trait of soft, almost silky, taste.

Brut makes an excellent aperitivo wine, served with appetisers, whereas the buttery, smoky and hay-like notes of Satèn Millesimato Soul can accompany any course. Zero, in which Pinot Nero is predominant, pairs well with legume soups or pasta e fagioli, the traditional short pasta with beans, The freshness and sapidity of Rosé marry superbly with cotechino pork sausage, whereas Rosé Millesimato must be enjoyed with grilled entrecôtes and red meat.