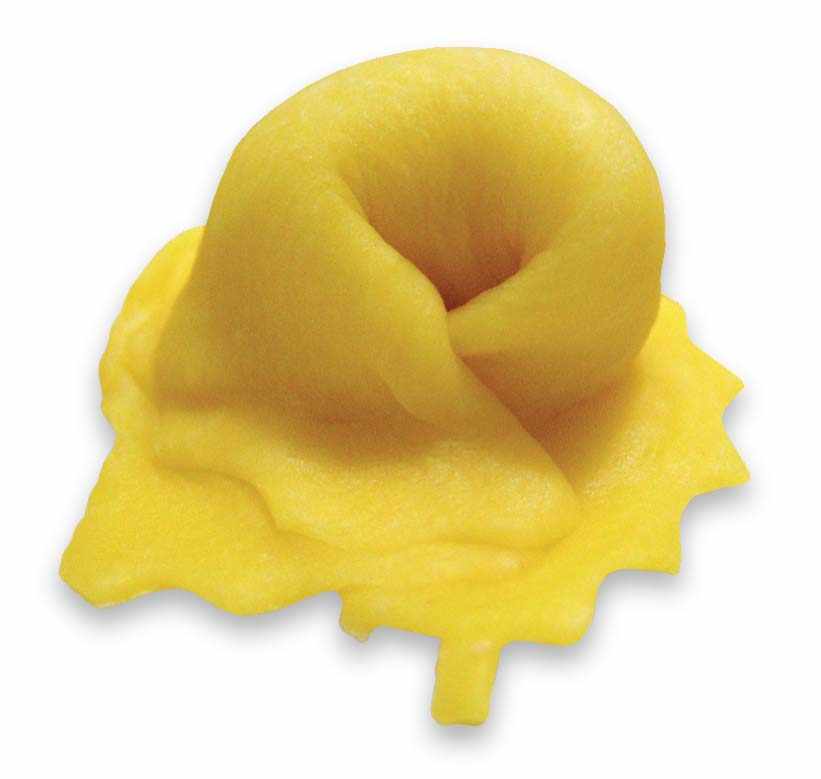 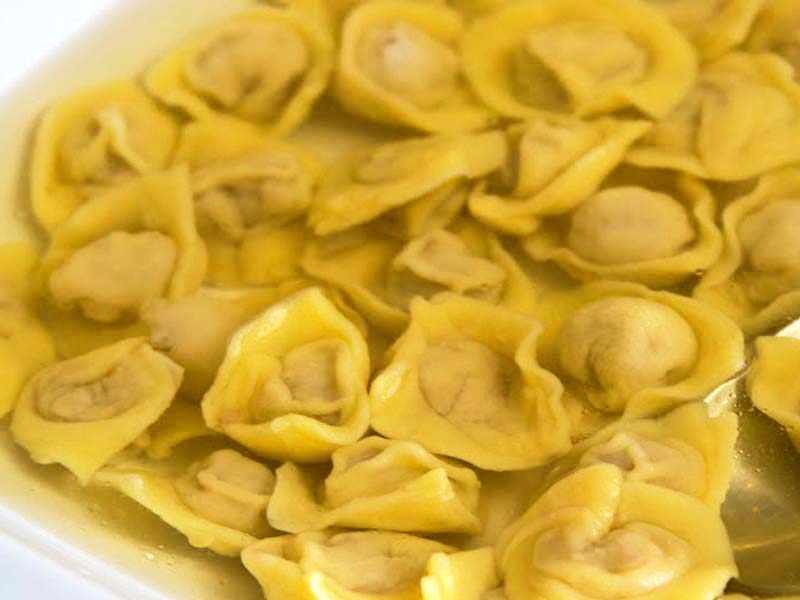 Cappelletti, the triumph of filled pasta

They are made of rolled pasta dough squares cut with a cutter and they are 4-5cm long on each side, a dimension that is good for containing the ideal amount of filling, also known as “compenso”

Link copied
Cappelletti, the noblest of filled pastas created in the Romagna region, are made from squares of rolled egg pasta dough cut with a specific cutter and they averagely have a length of 4-5cm per side, a dimension that allows the pasta to contain the ideal amount of filling, also called “compenso”. In Romagna’s tradition, cappelletti soup was served during the most solemn festivities, Christmas in particular, in which case they were present even on the tables of the less well-off. They were also prepared at Easter time, for weddings and the festivals of the patron saint.

The filling, with or without meat – As for the most part of traditional recipes, there are several varieties of cappelletti, that can be divided in two big categories: “with” or “without” meat in the filling. The written proofs we have from the past are insufficient, therefore it is not easy to trace back the original recipe. According to recent studies, it seems that at first the filling was made of cheese only, because of the Byzantine domination on the Romagna territories, where the population was mainly committed to agriculture, fishing and pastoralism. The meat filling appears to be more linked to the domination of the Longobards, for whom livestock farming represented the main activity. In addition to Parmigiano-Reggiano and Grana Padano, we can find ricotta, squacquerone, raviggiolo, campagnolo and other soft paste cheese in the filling. As for the meat filled cappelletti, capon breasts and pork loin can be used, and both options, besides their origin, are highly respected and popular among many enthusiasts.

Fun facts and wine pairings – In patriarchal families, the making of cappelletti was a tradition of the Christmas Eve day. Everybody would be involved, young and old, sharing the tasks of cutting the pasta dough, filling it with “compenso” and then closing the cappelletti. The Christmas lunch leftover cappelletti would be heated up and eaten on that same evening or on St.Stephen day (the day after Christmas), when they were considered to be even tastier because they had better absorbed the broth. Cappelletti soup pairs well with Trebbiano di Romagna, a fresh white wine, also in its spumante version, or with a dry Romagna Albana wine. In the case of a cappelletti with meat sauce dish, the ideal pairing is a young Sangiovese, a red wine that presents silky tannins and intense fruit notes, both for the sense of smell and taste. A Sangiovese Riserva is to be preferred in case of a particularly fat and juicy meat sauce or a game meat sauce.