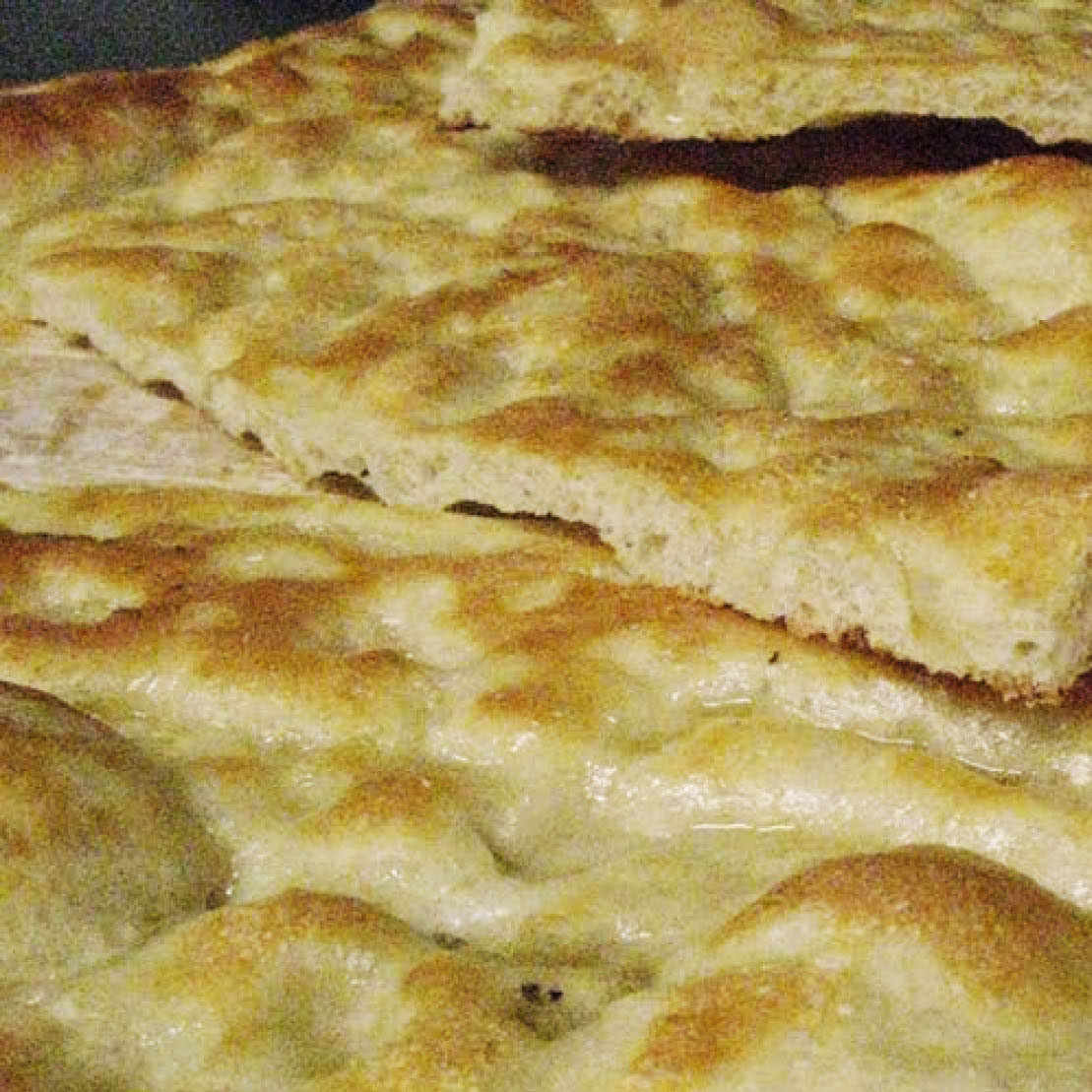 Fügassa is a unique and special focaccia bread from Genoa, made with flour, water, yeast, salt and oil.

Link copied
Fügassa, the real Genoese focaccia
Focaccia, better known as Genoese focaccia or fügassa in the dialect of Genoa, is a staple in the Ligurian cuisine. Its name comes from the Latin word focus, “domestic hearth”. In the sixteenth century focaccia used to be partaken of even during weddings, in the church, at the moment of the nuptial blessing. The recipe for Genoese focaccia has evolved over the centuries. First and foremost, animal fat has been replaced by olive oil. Genoese bakers have their own recipe, slightly different from one another in the leavening process. Some add cold water, other prefer to use lukewarm water. The label Focaccia Genovese protects fügassa against counterfeiting.

The fügassa recipe
The fügassa dough is made with water, flour, salt, extra-virgin olive oil, yeast and malt that causes the surface to acquire a distinctively brownish colouring. Notwithstanding the simplicity of its making, the Genoese focaccia has a unique flavour and consistency. The dough is left to rest for about an hour. It is subsequently cut into smaller cakes, which are laid out on an oven tray and left to rest another short while. The baker will then sprinkle the dough with oil and water and gently pierce it using their fingertips. The whole process may take as long as 15 hours, leavening included. Fügassa is baked at 230°C for 12-15 minutes. The Genoese focaccia is a little crispy and hazel-brown on the outside, but soft and white on the inside.

Variations and typical pairings
The Genoese focaccia may be topped with thinly-sliced onions or green olives, added to the dough base before baking. When in Genoa, do as the Genoese do. Fügassa can be paired with the oddest beverages. If you dip it in cappuccino, you will be pleasingly surprised by the contrast between the saltiness of focaccia and the sweetness of sugared milk and coffee. An equally tasty alternative is jasmine tea.